I'd heard that CJ had been asking around about some cute pixie he'd met at the Halloween Party, but I hadn't seen him to find out the details. 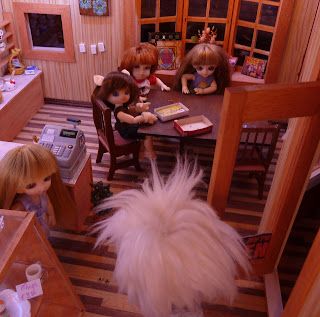 I was hanging out with Harley, Phoebe and Tabby when CJ wandered in. 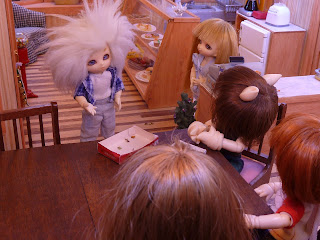 He asked us if we knew who the pixie in the maid costume had been, and where he could find her. 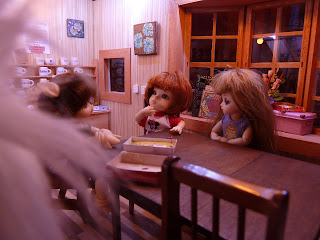 I told him I didn't remember seeing anyone in a maid costume, and the other two said they hadn't either. 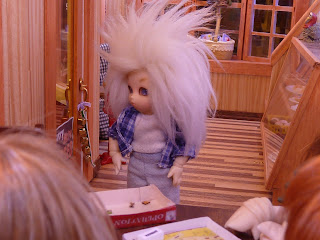 And CJ said that's what EVERYONE he asked had said, which was just weird, because... 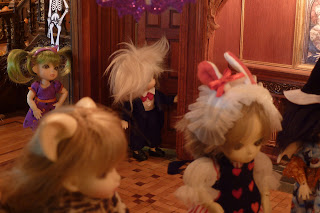 The night of the party, he'd gotten a little peopled out. It had been a huge crowd, and he decided to get away, and find a quiet space to decompress for a minute. 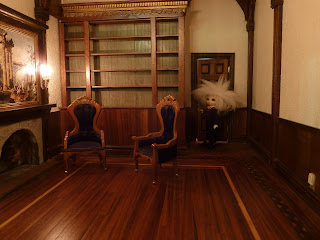 He said he wandered into the library, and there was no one there. 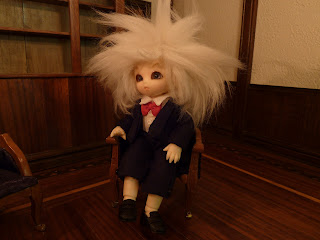 He said he just wanted a minute alone, to get out of the crowd and catch his breath. He sat there enjoying the silence for a moment, and then got the weirdest feeling he wasn't alone. 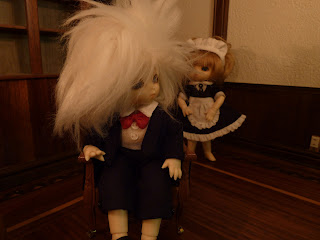 He couldn't figure out how she'd come in. He hadn't heard any of the doors open. 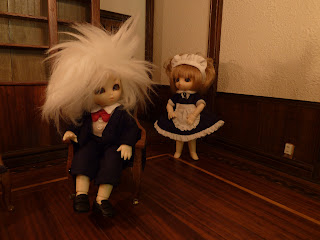 But there, behind him, was a cute little pixie girl in a maid costume. 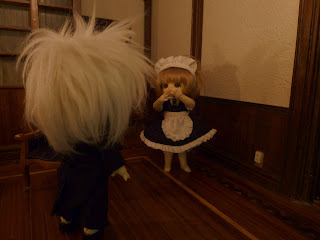 He said "Hi" and said she seemed surprised that he was looking at her. 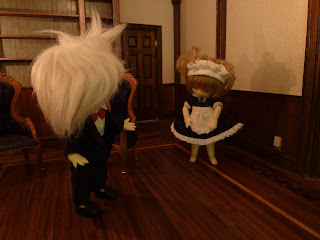 He said "Wow, I really like your maid costume. You look great" and she just silently looked down at her apron. He figured she was just shy, and maybe she'd left the party for the same reasons he had. She was super cute, and he was afraid of scaring her off, so... 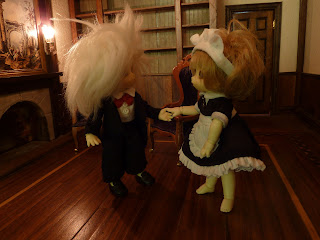 He said "My name is CJ. I wanted to get away from the crowd, and I guess you did too, huh? Would you like to dance with me?" and he put out his hand. To his surprise, she didn't say a word, just silently placed her hand in his. 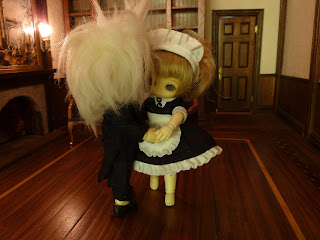 He said her hands were cold, but he didn't mind and just figured that meant she had a warm heart. The band had just started a slow song, and all of CJs dance lessons as a kid came flooding back. 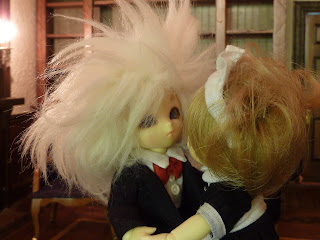 He said she was a pretty good dancer too. 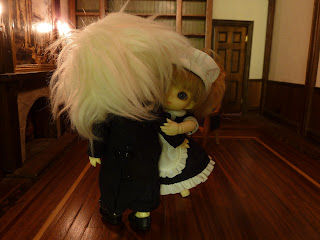 That at first her movements were kind of stiff, like she was afraid of dancing with him. 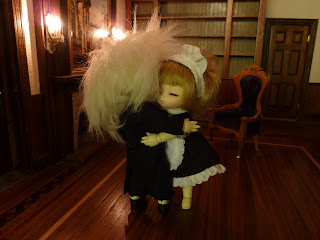 But eventually she relaxed, and he heard her sigh into his shoulder.

He said it was great, until... 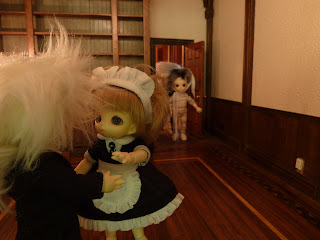 Taelyn and Thorne walked in. Thorne was saying something about architecture and the importance of libraries in houses or something. CJ said the little maid jerked away suddenly when she heard them. 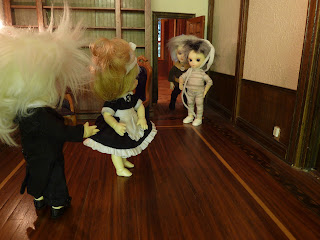 Taelyn said "Hey, CJ, whatcha doin'?" as if it wasn't completely obvious that he'd just wrecked his slow dance with a cute girl. 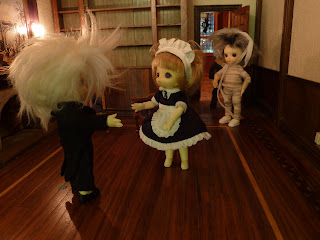 He said that she gave him the saddest look he'd ever seen, and then she must've run away because she was gone. 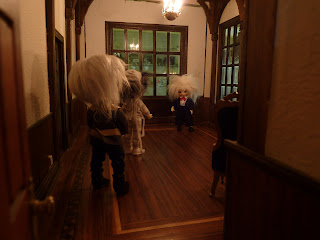 He didn't see which door she'd gone out of. It was like she just vanished. 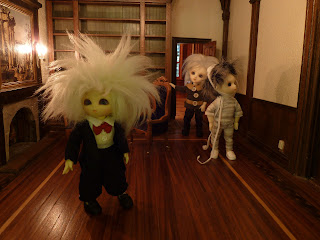 Taelyn and Thorne said they didn't even SEE her! But the light in the library wasn't THAT bad, and he figured they were just razzing him for getting caught dancing with a cute girl. 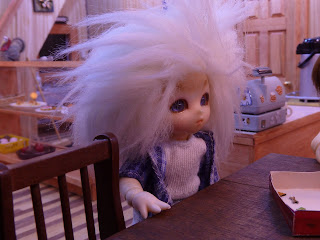 And ever since then, he'd been asking if anyone knew who she was 'cause he wanted to ask her out. 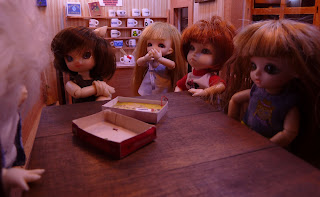 We stared at him in silence for a moment. I knew who it was he was talking about. We all did. Harley had even seen her once. I was trying to figure out how the best, most gentle way to explain was going to be, when... 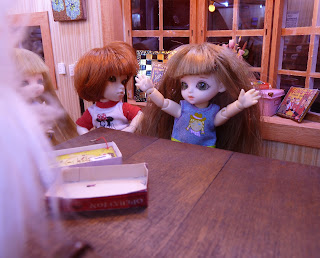 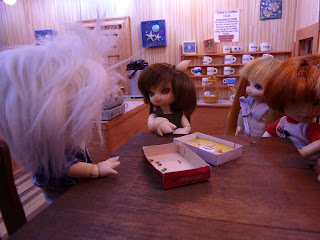 I kicked her under the table and she shut up. Harley gently explained to CJ that the girl he danced with was most likely Rose, the ghost of Wightwick Manor. As far as anyone knew, Harley was the only other person to have ever seen her, though Lacrymosa had "sensed" her and been the one that told us her name. 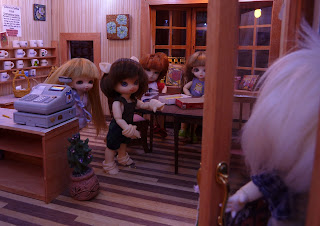 CJ looked confused and kind of sad. He mumbled something about "Oh. Okay. Thanks for the information" and then left. 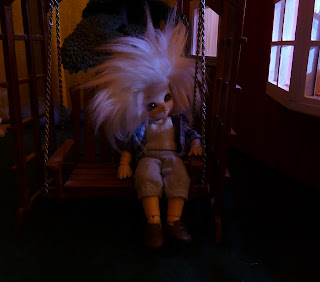 Poor fella took it kind of hard, but I guess it's not every day you find out you've got a crush on a ghost, either.